"Email Me Your Information To"
haroldjackson@live.com 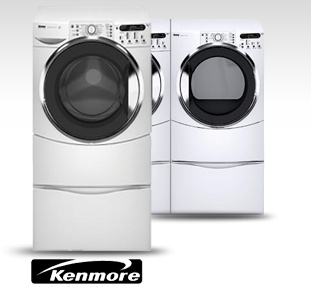 do not suffer from continued maintenance problems and needs no regular freshening. During the spin cycle, a top-loading tub is free to move about inside the cabinet of the machine, using only a lip around the top of the inner basket and outer tub to keep the spinning water and clothing from spraying out over the edge.

There are many variations of these two general themes. Top-loading machines in Asia use impellers instead of agitators. Impellers are similar to agitators except that they do not have the center post extending up in the middle of the wash tub basket. There is also a top loading variant of the horizontal axis design that is loaded from the top, through a small door in the circumference of the drum. These machines usually have a shorter cylinder and are therefore smaller, but offer the efficiency of a front-loader while eliminating the problems of the flexible bellows. This kind of washing machine is sold and popular in Europe, especially in small households, because it offers the same drum system as front-loaders, just with a smaller footprint.

Many front loading machines have electrical heating elements to heat the wash bath to near boiling. Chemical action is supplied by the detergent and other laundry chemicals. Front loaders use special detergents that are designed to release different chemical ingredients at different temperatures. This is so that different type of stains and soils will be cleaned from the clothes as the wash water is heated up by the electrical heater. Front loaders also need to use low sudsing detergents because the tumbling action of the drum folds air into the clothes load that can cause over-sudsing. Due to the concentration of water and detergent, though, the sudsing issue of front-loaders can also be controlled by simply using less detergent without lessening cleaning action.

Tests comparing front loading and top loading machines have shown that, in general, front-loaders wash clothes more thoroughly, cause less wear, and use less water and energy than top-loaders. As a result of using less water, they require less detergent to be used, or conversely, they can use the same amount of detergent with less water, which increases detergent concentration and increases the amount of chemical action. They also allow a dryer to be more easily mounted directly above the washer.

Water leakageTop loading machines are less prone to leakage. Front loading machines require a seal on the front door, and similarly the front door must be latched during operation to prevent opening, lest large amounts of water spill out. This seal may leak or require replacement. Many current front-loaders, though, can be stopped and added to or removed from, by way of keeping the water level in the horizontal tub below the door level.